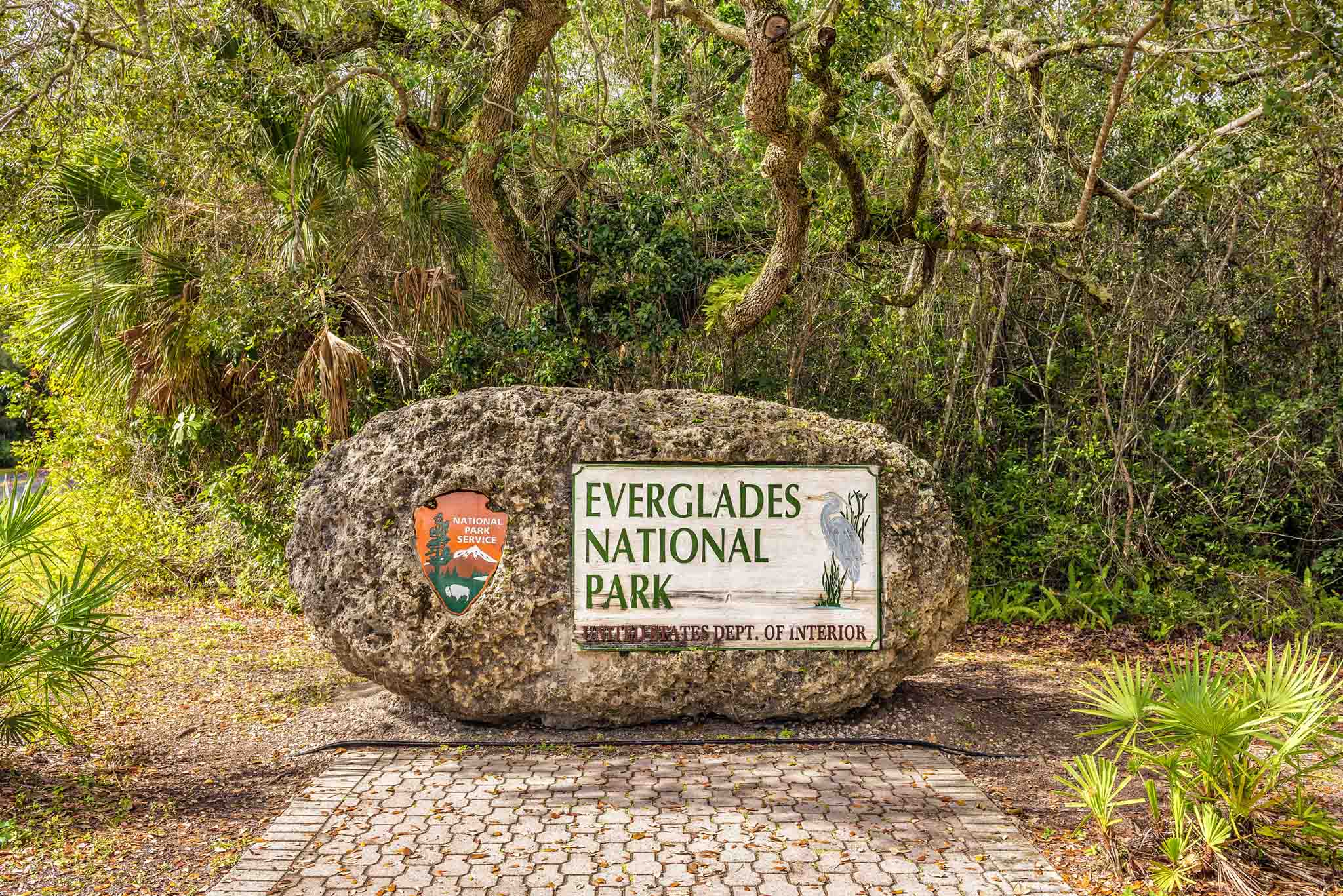 The Florida Everglades is magnificent, and it's easy to see why tourists travel from all around the world to visit the wetlands. The Everglades, with its unique flora and fascinating wildlife, is a sight to behold.

Everglades Safari Park in Miami, Florida, offers a one-of-a-kind and spectacular airboat tour in Everglades National Park. Here are some fascinating Everglades facts straight from the park's experts that may surprise you.

The Everglades, which extend between Lake Okeechobee in South Florida and the Gulf of Mexico, is one of the world's most extensive tropical wetlands. Though the Everglades National Parks' primary goal is to preserve a wilderness unlike any other in North America, the park also offers plenty of opportunities for outdoor adventure.

Everglades National Park is just an hour's drive from Miami's hustle and bustle, but it feels like a world apart. With one of the most varied landscapes globally, the park covers 1.5 million acres of tropical and subtropical forest. Since then, the park has been listed as a World Heritage Site, an International Biosphere Reserve, and a Wetland of International Importance.

Per year, at least a million tourists from all over the world visit the Everglades. The Gulf Coast Visitor Center, which is nearest to Naples and South of Everglades City, is one of three major entry points.

The Everglades, believe it or not, is a river that is continuously running. Lake Okeechobee's water trickles from North to South, creating a slow-moving river sixty miles wide and a hundred miles long. However, the "River of Grass" is much smaller than measured in previous years.

Construction and associated irrigation schemes have damaged as much as half of the wetland area.

The Florida Everglades is complex, but it is precisely this complexity that makes the area so beautiful. The Everglades habitat supports endangered species such as the Florida panther and the American crocodile. The Everglades is home to over 16 species of birds, a host of rodents, reptiles, trees, and dozens of rare vegetation, as well as nine distinct ecosystems.

The Everglades are home to both crocodiles and alligators. Crocs are often seen in small numbers along the Florida coast, while gators tend to remain inland near freshwater. However, the Everglades biome offers a suitable refuge for both, and it is the only location in the world where these reptiles can coexist in the wild.

Invasive species such as the Burmese python have dominated news headlines in recent years, far from their natural habitats. Although eradication attempts are underway, they have an advantage over native species in the Everglades due to identification rates and a shortage of natural predators. Learn what you can do to assist the park in reducing python populations in the Everglades.

America's wetland is breathtaking, and it's a great place to explore for curious families, photographers, and nature lovers alike.

Human growth surrounds the Everglades, like the towns of Miami and Fort Lauderdale. Birders, anglers, boaters, and other outdoor adventurers flock to the wetlands and wildlife. Ecosystem services, which the Everglades provides, are essential and sometimes undervalued by people.

One-third of Floridians rely on the Everglades habitat for freshwater. Most of the state's agriculture is irrigated by it. Wetlands increase water quality by removing contaminants and absorbing waste nutrient sand replenishing aquifers, and reducing floods.

Everglades National Park has the largest contiguous stand of preserved mangroves in the western hemisphere. The term "mangrove" refers to a group of trees with thick, impenetrable root systems and the ability to thrive in saline conditions.

Because of the Everglades' tropical climate, there are two distinct seasons: rainy and dry. The dry season lasts from December to April, with low humidity and temperatures ranging from 53 to 77 degrees Fahrenheit.

Since the water temperatures are lower and the species congregate in key water areas, this is the best tourism season. May to November is the rainy season. Temperatures can reach 90°F at this time of year. The humidity is higher, and it rains for the majority of the day.

When to Visit Everglades National Park

While we enjoy visiting Everglades National Park all year, many visitors choose to come during the "dry season." Every year, the dry season lasts from December to April. The climate is usually very comfortable for visiting the Everglades during the dry season, with average highs and lows in the upper 70s and low 50s, respectively.

If you're deep in the Everglades, December through April is the perfect time to explore Everglades National Park because biting insects are rare and far between during the dry season. Low humidity and fewer downpours make the dry season an incredibly enticing time to visit South Florida.

Although the weather and the absence of biting insect scan affect you when visiting the Everglades, there is one other consideration to remember when making your plans. During the dry season, you'll have the chance to see the widest variety of wildlife.

Because of its duration, arranging a visit necessitates some study. The park has three significant exits, one each from Fort Lauderdale, Miami, and Naples. Each entry leads to experiences unique to that park section.

After you've gone through the South Gate, before landing at a saltwater habitat of crocodiles, you'll ride through tidal marshes, swamps, and other habitats. It is better to reach Everglades National Park from this Southern entrance.

The largest restaurant in Everglades National Park is Safari Cafe at Everglades Safari Park. If you plan to visit other parts of the park, we suggest bringing your food. In an emergency, all visitor centers and Flamingo's marina shops offer small snack foods and drinks.

There are several picnic areas with tables near restrooms, most of which are near the campgrounds and Flamingo route. Paurotis Pond and Coot Bay have rest stops along the way to Flamingo, with no tables or restrooms, but they're lovely places to spread your legs and get a bite to eat.

At the park, you can take a variety of Everglades tours. The peak season for coordinated park tours stretches from the middle of December to Easter, whether you visit the park by boat, bicycle, or foot.

Rain conditions in the Everglades will affect the availability of such events, so check to see if a tour is available before going. Except for airboat tours, Summer trips, for example, are not available due to the unbearable sun. Bring an Everglades map with you while driving or camping in the park, and ask park rangers for safety advice.

Tent camping areas are accessible in the Everglades. The famous Long Pine Key Campground has bathrooms, water, and a septic station, is located about seven miles from the park's main entrance.

Things you Should Do in Everglades

Choose from 36 trails that cover more than 78 miles of parkland. Look for the anhinga birds, drying their wings in the sun like Bat manor diving for fish in the clear waters.

Visitors will take self-guided tours of a sawgrass marsh that runs through classic Everglades habitats. Alligators are likely to be seen in the deeper water just feet below from the safety of the boardwalks. Be aware that they have often been seen in the trail's parking lot and lounging around its paved section.

The park-trained naturalists lead the 90-minute Ten Thousand Islands Cruise into these isles, a maze of mangroves leading to Florida Bay.

The Gulf Coast Visitor Center's most famous wheelchair-accessible experience takes you out on the water and into one of the Everglades' most thrilling saltwater habitats. You'll have the opportunity to see dolphins, manatees, and stingrays cruise the shallow, calm seas.

Airboat tours get you deep into the 'Glades quickly and typically have alligator sightings. Everglades Safari Park provides airboat rides inside Everglades National Park, along US Highway 41/Tamiami Trail East of the Shark Valley Visitor Center.

While the boats are loud, Captains make regular stops to allow tourists to get up close and personal, allowing you to enjoy your animal sightings in peace.

However, considering the recent attention to the ecosystem, there is still much to learn about its contributions to South Florida.

The best part of going is that you can be as adventurous or as relaxed as you want. Take a guided kayak trip into the back country for a few days, or ride a bike down a paved road at Shark Valley. Stroll along an elevated boardwalk at Everglades Safari, where you'll come within feet of sunbathing alligators and wading birds. No matter what activity you choose, it's sure to be a memorable one.