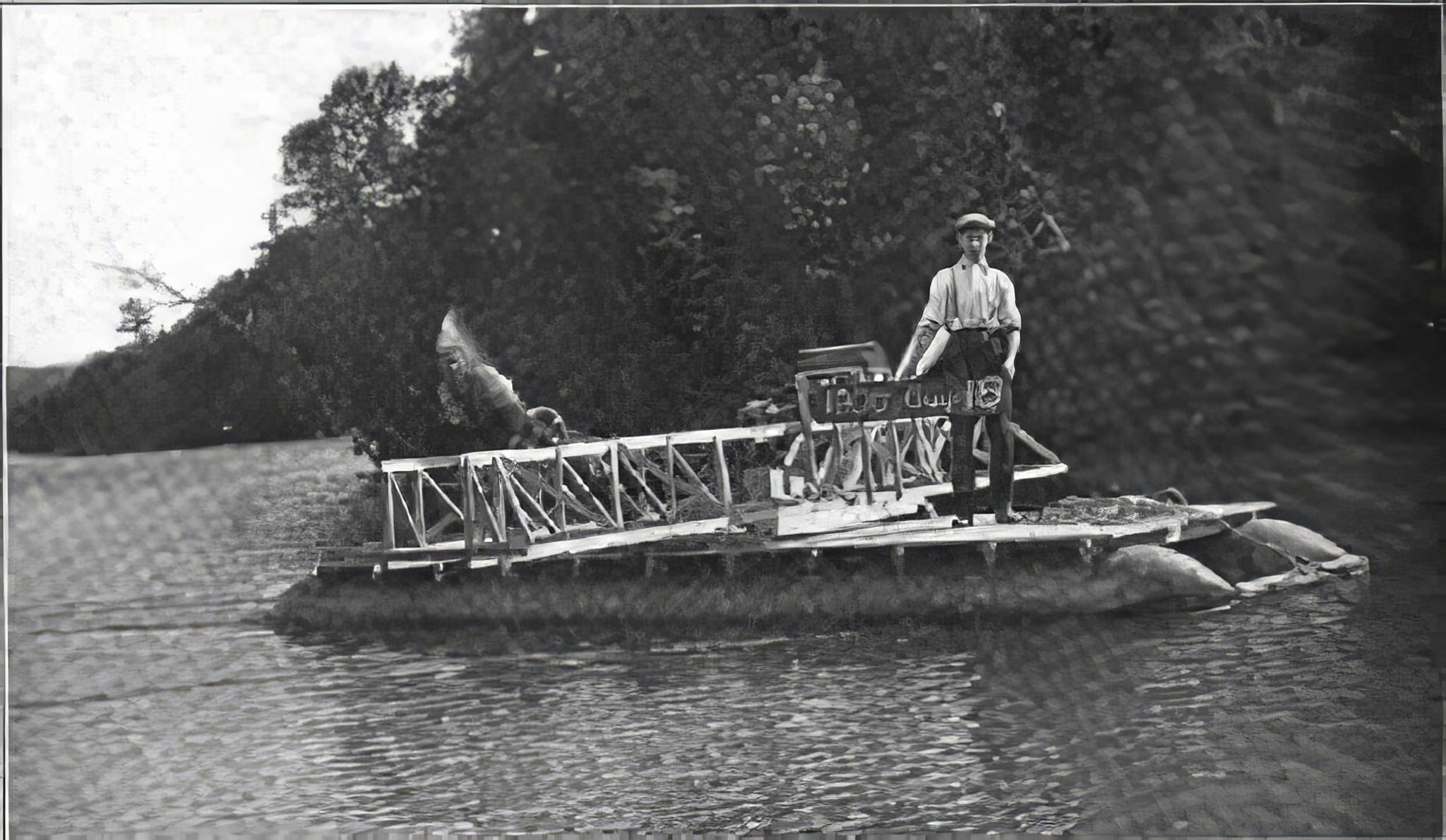 To know about the history of airboats, you need to know all that is about the airboats. An airboat is also known as a fan boat, plane boat, swamp boat, bayou boat, etc. They have flat bottoms that have large propellers powered by automobile motors or jet engines. Legend has it that Alexander Graham Bell created the first airboat in1905 but was not used much by civilians until the 1930s. It is used in totally or partially submerged marshy areas. Other boats cannot travel here due to submerged motors, but the airboat can cross the area easily. These boats are made from fiberglass or aluminum. The airboat practically glides across the surface of the water with the help of its propeller. It is made not to disturb the vegetation or the wildlife by skimming the top of the water. It also has helped a lot so as not to pollute the water with oil or other harmful chemicals.

How do Airboats Work?

As I told you before, airboats have large propellers powered by an engine. When the propeller starts, the air is pushed to the back, resulting in the boat moving. As you know, airboats do not have a submerged motor under their water line, which makes them different from other boats. Due to the lack of a submerged motor, the airboat quickly glides across the water surface and makes the ride fun. No other boat can move as soon as an airboat does. Airboats navigate through small bodies of water full of vegetation with ea. They are fast, which makes the tour exciting and thrilling at the same time.

Airboats in the Everglades

Airboats in the Everglades are commonly used in Florida. It is because they can easily and quickly overcome the 1.5 million acres of terrain there. It is so fast that you think you are flying across the surface. You can take an airboat tour at Everglades Safari Park if you want to experience riding an airboat in the Everglades. You can see all the wildness and habitats of the subtropical Florida Everglades National Park by taking their tour.

The first airboat ever made was said to be made in 1905by Alexander Graham Bell in Canada. The airboat came into the market in 1913.However, airboats weren't appreciated until 1930.

The first-ever made airboat was named "ugly duckling." Alexander led his team to create the first airboat prototype. It was an aircraft propeller that was a testing vehicle back in the 1900s. This boat was a catamaran-type boat propelled by an aerial propeller with a watercooler engine weighing about 2500 pounds. It has a maximum speed of 4 miles per hour.

Alexander thought that if it was lighter weighted, it could travel to 40 miles per hour due to the propeller's rapid rotation. Santos Dumont, a Brazilian aviation pioneer, built a similar structure to this raft-like vessel in 1907. He named it "Hydrofoil."

The French aviation pioneers, the Tellier brothers, had made the most significant steps towards the airboat in 1907. They made the modern airboat named "Rapier 2". It was about a 26 feet long boat with high speeds. It was a four-cylinder engine-powered propeller that reached about 20 hp. It went as fast as 26 kilometers per hour with two people sitting. In comparison, it reached about 25 kilometers per hour with 3-4 people sitting.

The first airboat in genuine use was in 1915. The first-ever airboat used was in world war two by the British army. It was named "Hydro Glisseurs." They were flat-surfaced, small hydroplanes with wooden hulls padded in metal. A giant fan propelled it, which helped them gain a speed of 55 miles per hour.

In 1930, airboats started becoming popular in the United States. Many Floridians made them famously known when they began to invent them independently. These Floridians mostly lived in or near the Florida Everglades. Some Floridians even created their airboats. The modern airboat's purpose was to help protect and preserve the bird population and the animal population of the world's biggest bird refugee. These modern airboats were built in Utah for roughly about $1600, including the engine. They were then transported to Florida.

Why are airboats used:

Airboats are used to travel mainly in Florida shallow marshy water that other kinds of boats can not. It is practically impossible to drive a boat in most areas of the Everglades, so airboats are used to glide over those areas without hurting the vegetation. Airboats are also used to navigate Florida's shallow water for hunting, fishing, exploring, tours, and fun.

Well, it truly depends upon the person driving the airboat and his driving skills. Florida airboating is rewarding and fun, so many people are attracted to them, but they should also consider the regulations. It is an enjoyable ride as long as the driver is skilled and has completed the Florida Safety Airboat Course mandated by the Florida Fish and Wildlife Commission.

Why are airboats so loud?

Scientifically, it is proven that as the propeller gains speed, it creates more noise, even more than a motor. Even though these propellers are fitted with 90 decibels mufflers, it still makes a lot of noise and earbuds used in your ear to protect your hearing.

Why are airboats so expensive?

Airboats are expensive due to a lot of factors. The propellers used are costly as they are airplane-grade. The motors used also need to be adequately maintained and are expensive. Also, the cage used adds additional expenses, which is why airboats are so expensive.

In the end, I would say that if you want to ride an airboat, make sure that the driver is skilled. You can do that by asking for his driving license and airboat permit. You should also make sure that you experience an airboat ride at Everglades Safari Park. You won't regret riding one of these unique boats that make you feel like you your flying overwater.